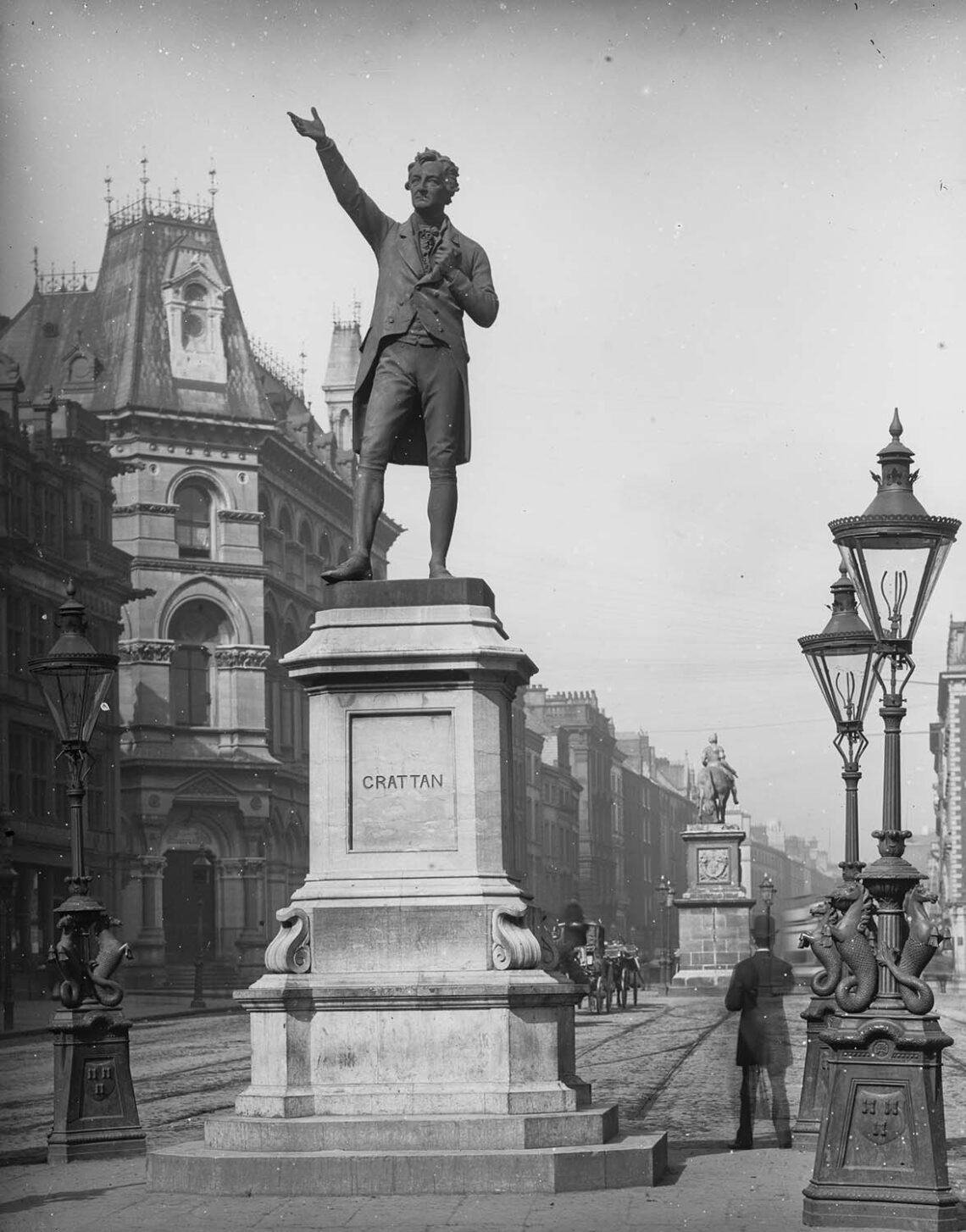 A series of six lectures on public sculpture in Dublin was streamed online. The lectures, which were filmed in the City Hall, explore public sculpture in Dublin from different viewpoints, as indicated in the lecture titles below. The lecturer, Paula Murphy, is a specialist in the history and theory of sculpture and has published widely on Irish sculpture. A UCD emeritus professor, she is a member of the Steering Group of Sculpture Dublin. A Q/A with Professor Murphy took place after each lecture (not recorded). This series of lectures focuses on the historic work in the city. Contemporary sculptural practice in Dublin will be explored with The Hugh Lane and The LAB Gallery.

This lecture recounts the history of the city’s public sculpture since the first monuments were erected in the eighteenth century.

This lecture examines the education of sculptors in Dublin, the making of sculpture, the materials used and the location of public sculptural work in the city.

This lecture discusses the commissioning process – how a monument gets to be located in the city. The O’Connell Monument is used as a case study. After the filmed lecture, Jason Ellis, sculptor and sculpture conservator, will talk with Paula Murphy about conservation work on the monument.

This lecture introduces some of the major sculptors who worked in Dublin in the nineteenth century and their practice. The contrast between the career of a local sculptor (Thomas Farrell) and an absentee (John Henry Foley) will be explored.

This lecture examines the role of women in public sculpture in Dublin, a practice that was largely male-dominated until the mid-twentieth century. The career of sculptor Gabriel Hayes will be used as a case study.

This lecture identifies the different ways in which public sculpture in Dublin has engendered controversy. Particular emphasis is given to the fate of the Imperial monuments that were erected in the city – most of which were destroyed and/or removed.