Finglas West is a suburb located three miles north-west of Dublin city centre and half a mile from Finglas village, which lies to the east of the N2 dual carriageway. Established in its present form in the mid-twentieth century, it has evolved a distinct sense of local identity and community.

Kildonan Park is a 20-acre public park in Finglas West. It is simply laid out, with playing fields, a path encircling its perimeter and a football club house and changing rooms located at either end. Plans to upgrade and enhance its facilities and transform it into a space that people of all ages and abilities can enjoy are currently being developed.

The commission for Kildonan Park is a two-stage, open competition. For Stage One, artists were invited to demonstrate experience of creating public art through consultation and engagement-based processes. Full details of the commissioning process are included in the Commission Brief.

For Stage Two, three short-listed artists were invited to propose a concept for the artwork, based on their consultations to date, and an approach to further engagement with members of the local community to develop the final sculpture. The proposals were reviewed by the Stage Two Selection Panel which included: 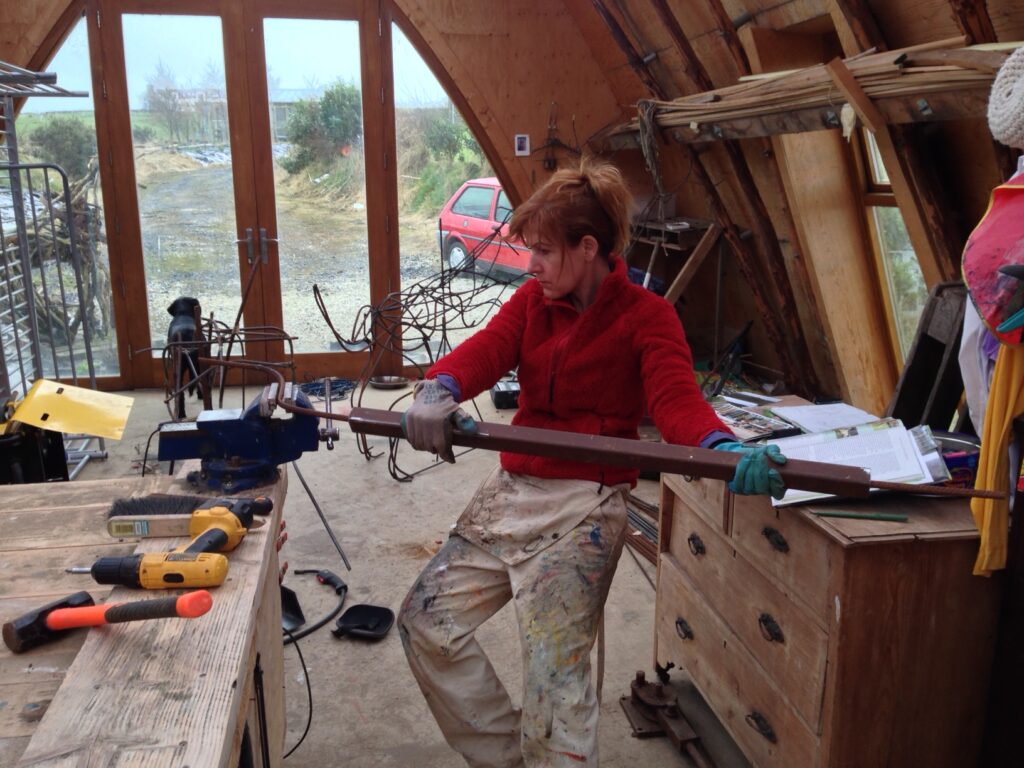 Sara has responded to the Stage Two Commission Brief with initial plans for a dynamic, large-scale, high-impact sculpture that will act as an inclusive landmark for Kildonan Park. Inspired by ideas of movement, energy and growth, the artwork aims to represent a wide range of local voices and interests and speak to the hopes and dreams of the people of West Finglas.

“I am delighted and deeply honoured to be selected to create a sculpture for Kildonan Park. The idea for the artwork has been informed by listening to, and learning from the people of Finglas. It is driven by a desire to produce a significant sculptural form, that can be interacted with, and enjoyed as a feature of the park, which represents a positive and uplifting presence in the locality.”

Since late last year, Sara has undertaken a series of creative workshops with local groups, exploring questions of identity and place and processes of making. Her consultation with the local community will continue over the months ahead to further inform and focus her ideas for the final artwork. Her consultation process will include questionnaires, and online and in-person meetings and will be supported by Sculpture Dublin and Dublin City Council’s North West Local Area Office.

Sara Cunningham-Bell studied at Edinburgh College of Art, where she received the Andrew Grant Award. Sara has undertaken many public art commissions, including for the Ulster University, Kingspan Stadium, DECAL, IRFU, The Mater Hospital, Victoria College Belfast, European Union Programme for Peace and Reconciliation, Bass Ireland, and the Centre of Theology and Philosophy. She represented Ireland at the Salon Grands et Jeunes D’Aujourd’Hui in Paris, Luxembourg and Japan, and a recent work, ‘Towards Tomorrow’ was short listed for the Irish Sculpture Concrete Award. Sara is represented by The Hamilton Gallery and her work is held in various public and private collections.