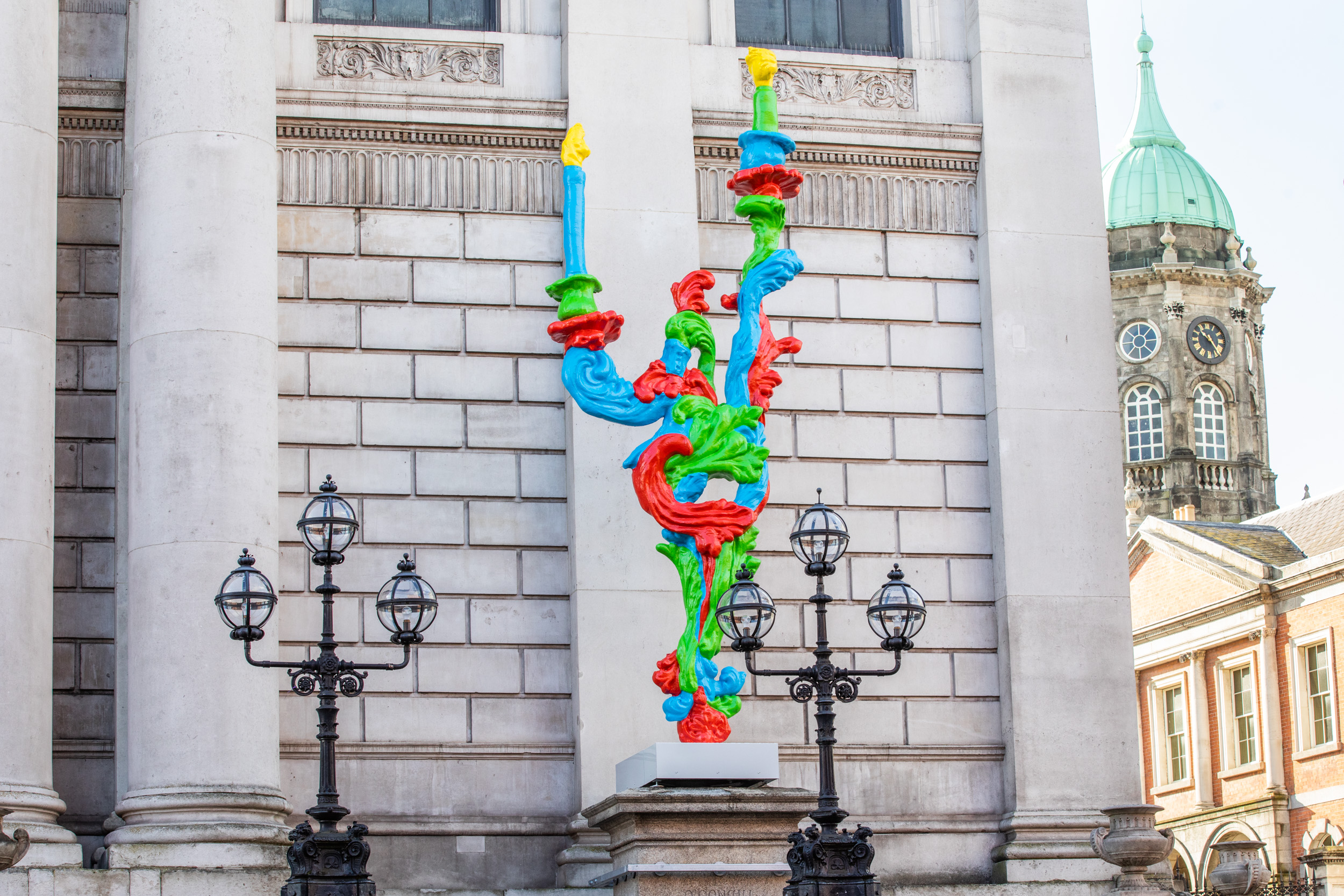 Watch David Archbold’s video to find out more about the ideas and histories that informed ‘RGB Sconce, Hold Your Nose’.

Unveiled in September 2021, ‘RGB Sconce, Hold Your Nose’ is an exuberant sculpture that brings together a wealth of references. As a free standing 5.5 metre-high, eco-plastic and paper covered sculpture, the work challenges the materiality of monuments, more typically made in stone or bronze. Building from the Pop Art enlargements of Claes Oldenburg, and Duchamp’s ideas around the readymade, a small-scale model was created at home during lockdown and then 3D scanned and printed to scale before assembly, papering and finish.

For information about the commission and commissioning process: