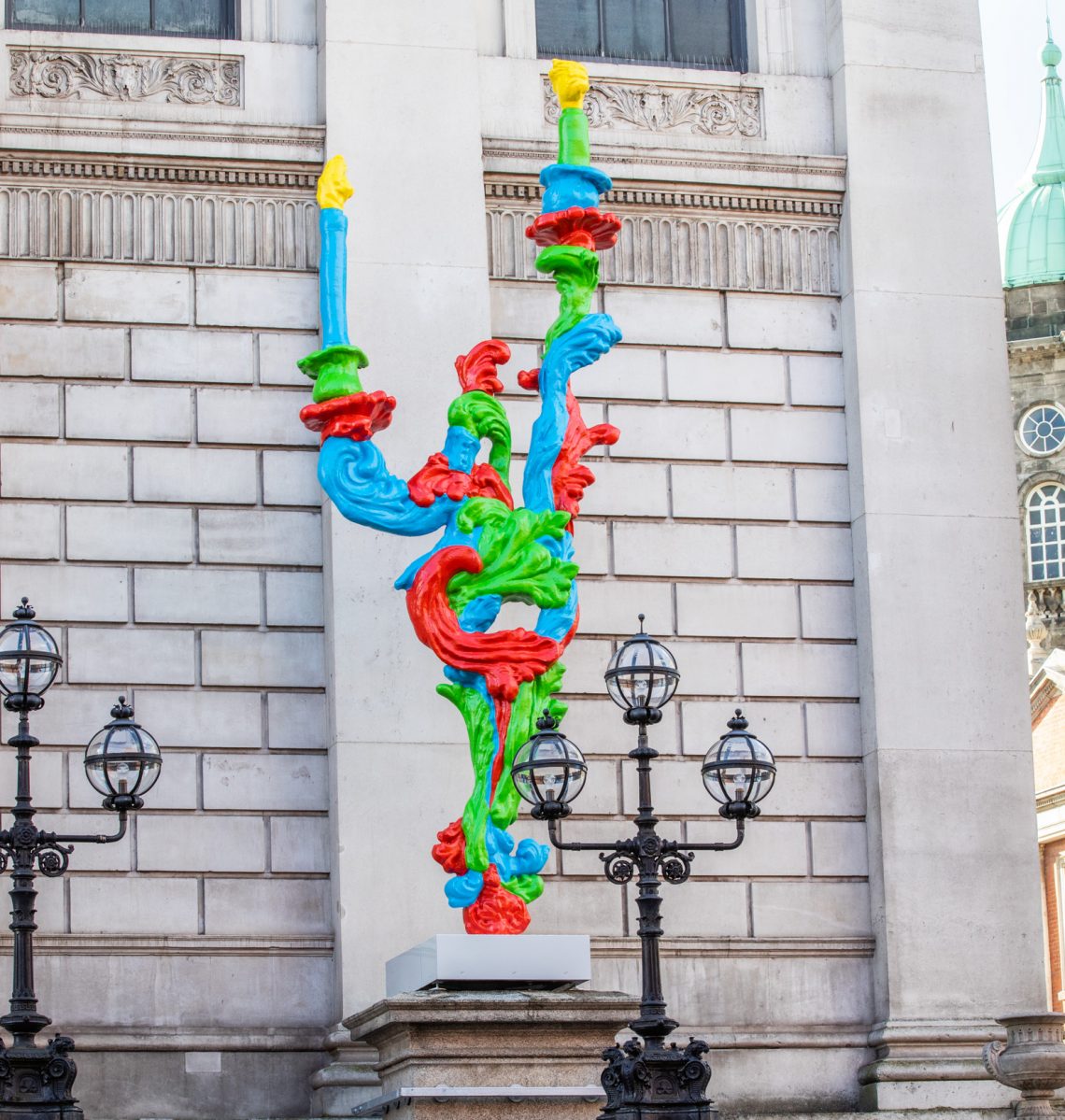 Sculpture Dublin is delighted to announce a new sculpture for the O’Connell Plinth at Dublin City Hall!

Sculpture Dublin is a Dublin City Council initiative set up to raise awareness of sculpture in Dublin and to commission six public sculptures for parks and public spaces city-wide. ‘RGB Sconce, Hold Your Nose’ by Alan Phelan is the first commission to be launched.

Alan Phelan was awarded the O’Connell Plinth commission in December 2020 and invited to create a temporary sculpture for a historical plinth that has remained empty in the centre of Dublin for over 150 years. The plinth was originally constructed to support a monumental, marble statue of Daniel O’Connell, a key figure in Irish history who played an important role in securing Catholic emancipation in 1829. The removal of the statue in the 1860s dispossessed the plinth of its intended purpose, which Sculpture Dublin has sought to restore with a contemporary artwork.

‘RGB Sconce, Hold Your Nose’ is an exuberant sculpture that brings together a wealth of references. As a free standing 5.5metre-high, eco-plastic and paper covered sculpture, the work challenges the materiality of monuments, more typically made in stone or bronze. Building from the Pop Art enlargements of Claes Oldenburg, and Duchamp’s ideas around the readymade, a small-scale model was created at home during lockdown and then 3D scanned and printed to scale before assembly, papering and finish.