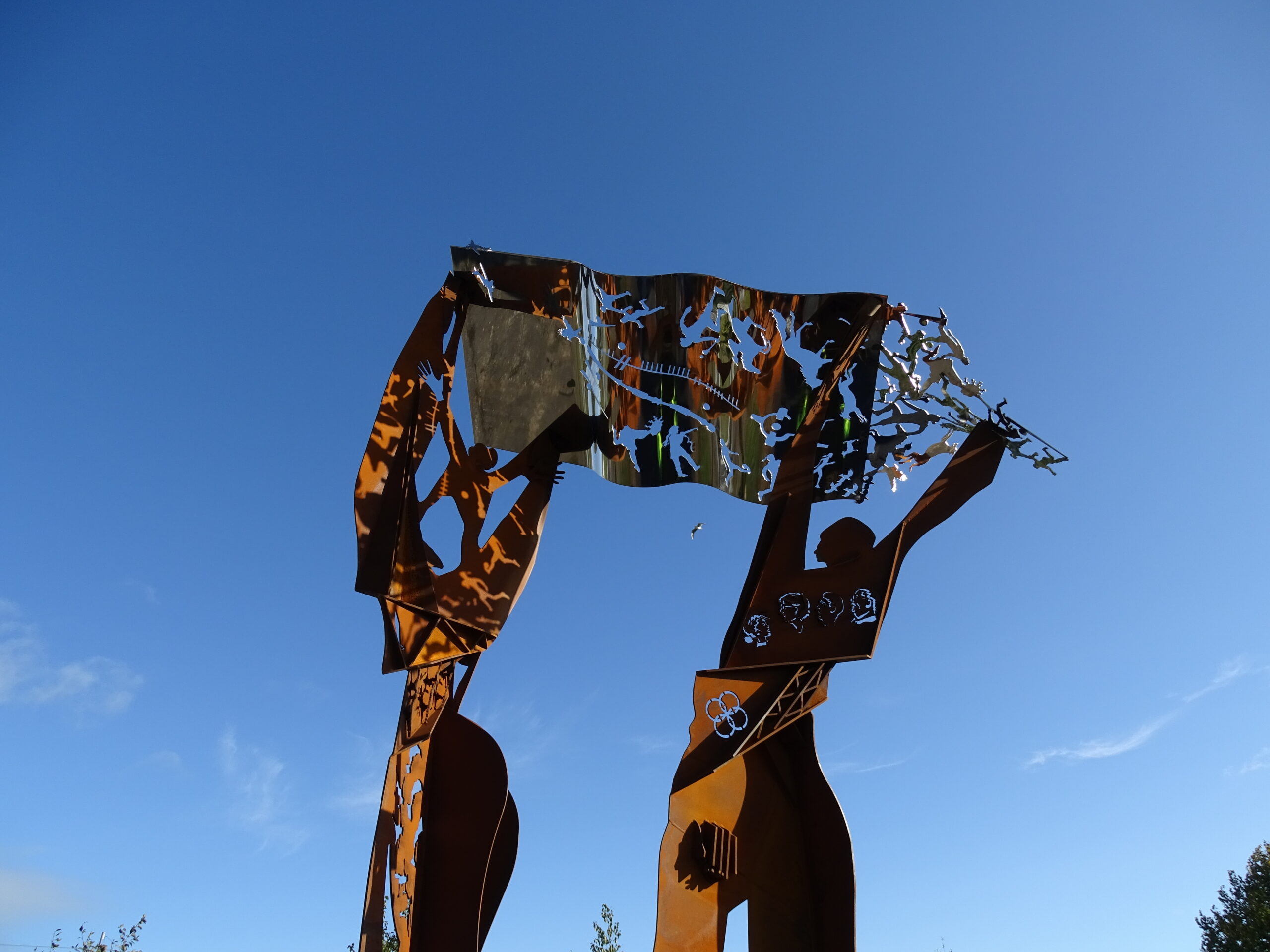 Unveiled in November 2021, ‘THE BRIDGE’ by Sara Cunningham-Bell was created in collaboration with local people in Finglas. The seven-metre-tall sculpture comprises two figures with arms raised up, holding high a mirrored steel ‘river rug’ that is threaded through with symbols and signs of Finglas life. Inspired by the Irish translation ‘Fionnghlas’ (clear streamlet), the sculpture draws from the depths of local history, while also reflecting present-day Finglas.

The central form and choice of materials are informed by feedback from the first phase of public consultation, namely; to acknowledge women’s contribution to community and city life; to create a positive landmark for the neighbourhood – large in scale and made of durable materials; and to create a feeling of ownership and pride in an artwork that celebrates local culture and contributes to a sense of shared identity.

The commissioned sculpture includes a number of historical references from the 9th century Nethercross in St. Canice’s Graveyard, to the ‘Claíomh Solais’ (Sword of Light) designed by local artist, Una Watters to mark the 50th anniversary of the Easter Rising. It remembers Eliza Wollstonecraft Bishop, an advocate of women’s education in the early 1800s, and Sophie Pierce-Healy, a celebrated aviatrix of the 1920s, flying her plane ‘The Silver Lining’ at Kildonan Aerodrome, Ireland’s first commercial airport. It includes the word, ‘Finglas’ written in the Early Medieval Ogham alphabet, and the Norse black raven, associated with Viking Dublin, is referenced in the sculpture’s title.

The new sculpture includes visual references to the artistic and sporting life of the locality; from the Uilleann Piper, Séamus Ennis and contemporary rap artist, Temper-Mental MissElayneous, to popular sports like hurling, football and boxing and park pastimes, such as running and dog-walking. The outline of faces and figures of local people have been engraved into the body of the sculpture in a gesture that celebrates the ‘unsung heroes’ of everyday life – wives, mothers, parents, grandparents, community activists, care workers – people who symbolise the often invisible and invaluable work that enriches our homes and neighbourhood.

The Kildonan Park commission is a ‘participative’ commission – one that involved local people in the development of ideas for the work and created opportunities for people to get involved in the creative process. Over the past year, hundreds of local residents have engaged with Sculpture Dublin and the Kildonan Park commission by responding to our online surveys, questionnaires and calls for ideas, and by taking part in over 40 creative workshops, focus groups, public meetings and other engagement activities.

Sara Cunningham-Bell studied at Edinburgh College of Art, where she received the Andrew Grant Award. Sara has undertaken many public art commissions, including for the Ulster University, Kingspan Stadium, DECAL, IRFU, The Mater Hospital, Victoria College Belfast, European Union Programme for Peace and Reconciliation, Bass Ireland, and the Centre of Theology and Philosophy. She represented Ireland at the Salon Grands et Jeunes D’Aujourd’Hui in Paris, Luxembourg and Japan, and a recent work, ‘Towards Tomorrow’ was short listed for the Irish Sculpture Concrete Award. Sara is represented by The Hamilton Gallery and her work is held in various public and private collections. https://www.cunninghambell.com/ 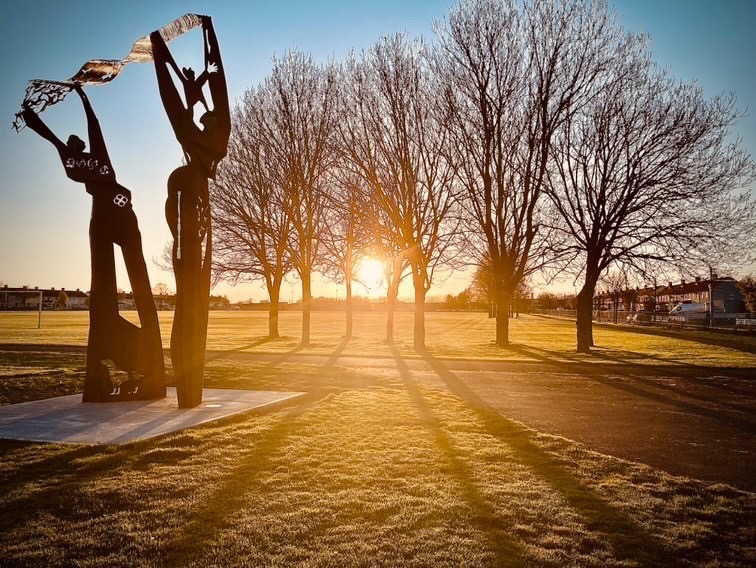 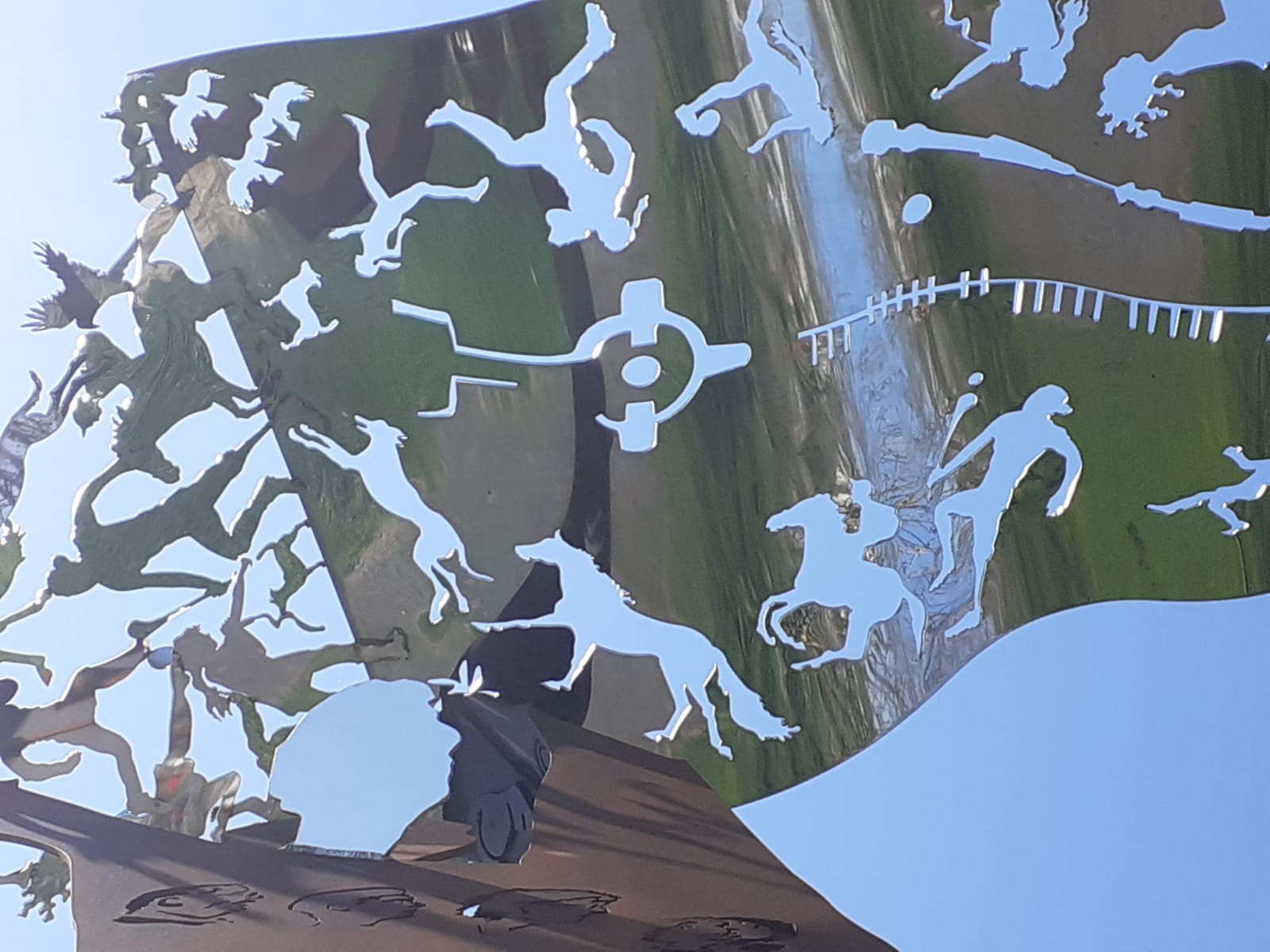 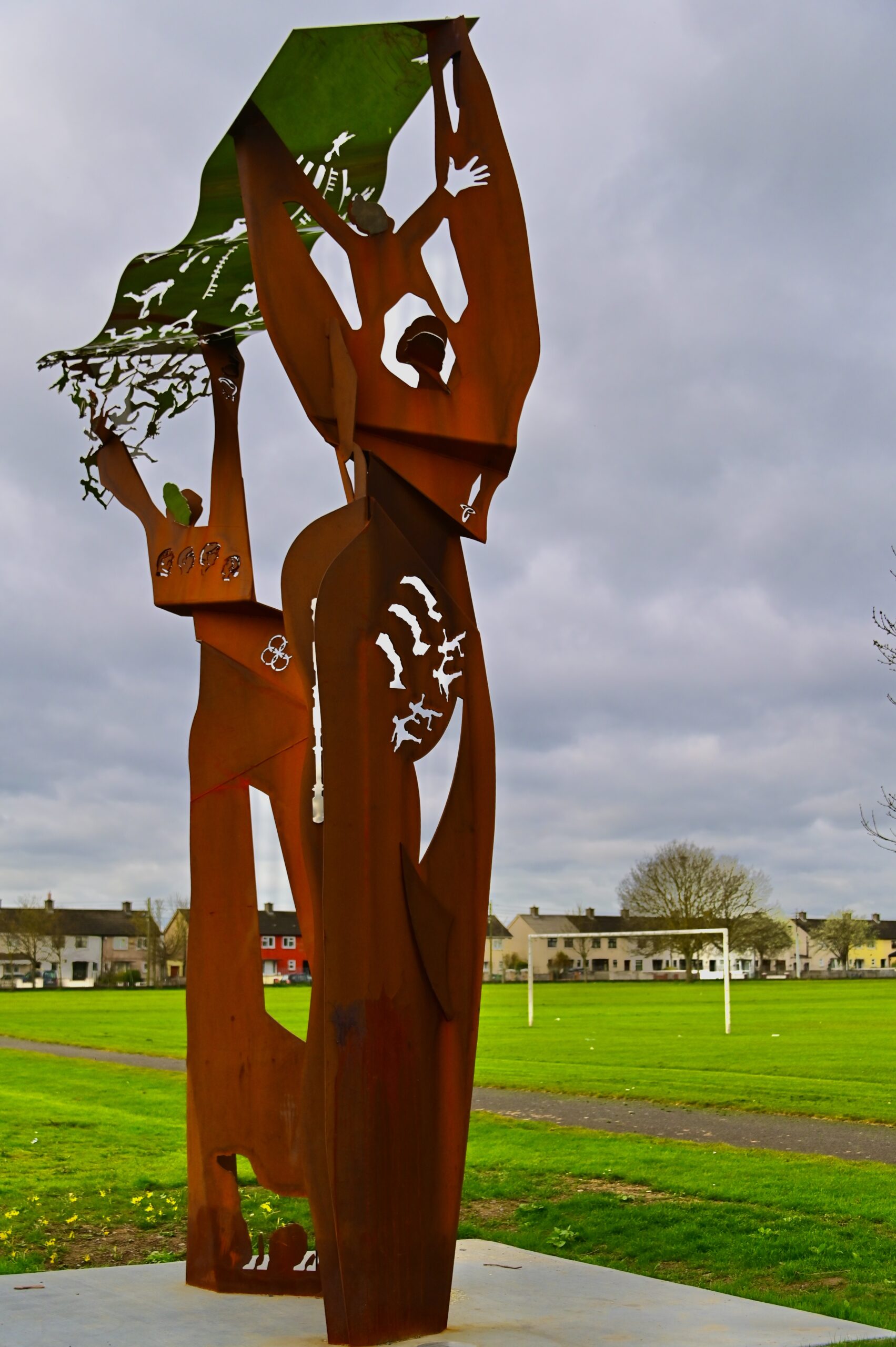 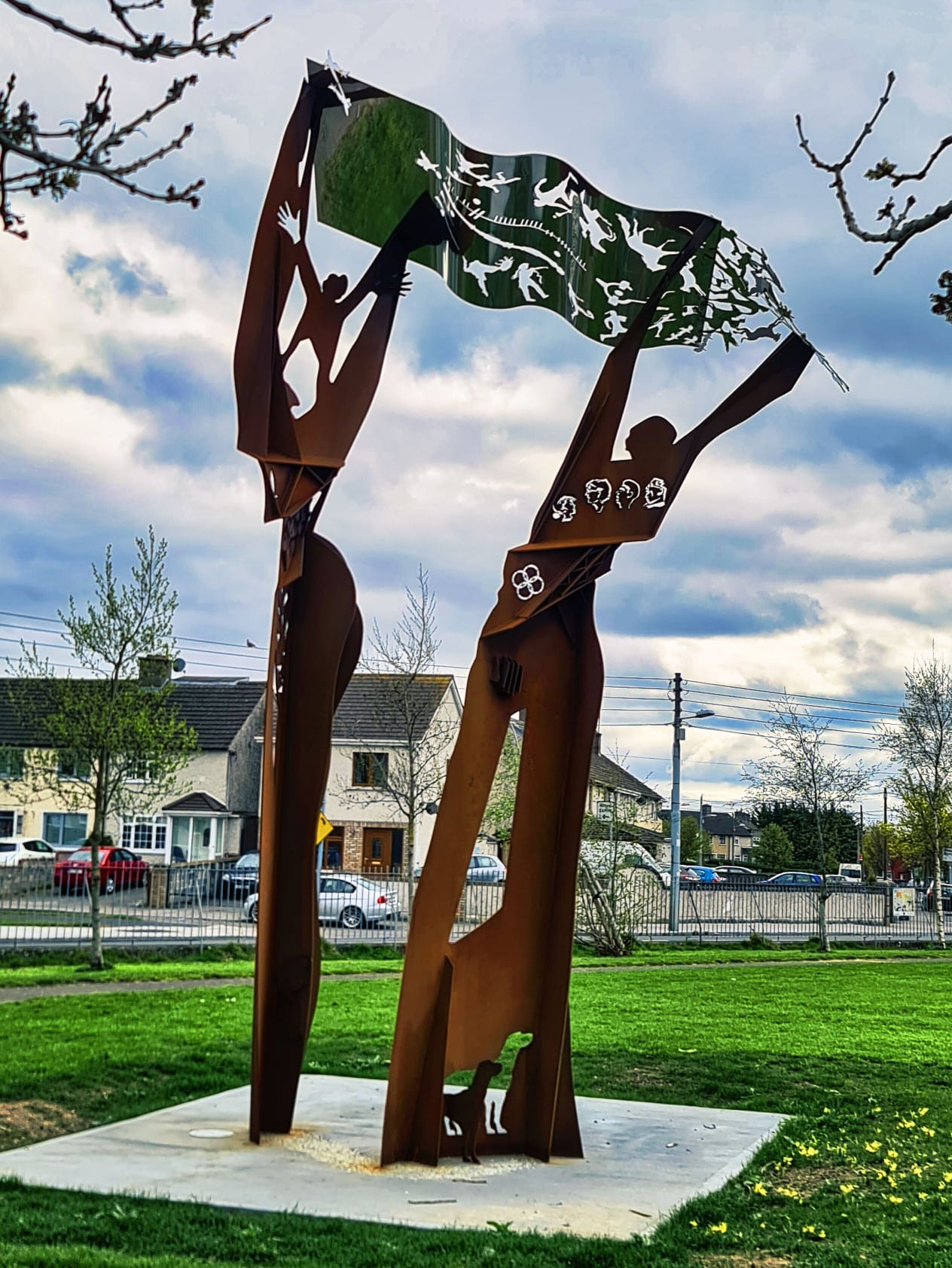 Artist Sara Cunnigham-Bell invited the people of Finglas to respond to her new sculpture in Kildonan Park through a creative photography project. The Finglas Photo Group, as well as local residents who live around the park, are considering different ways of seeing ‘The Bridge’, through the lens of their cameras.